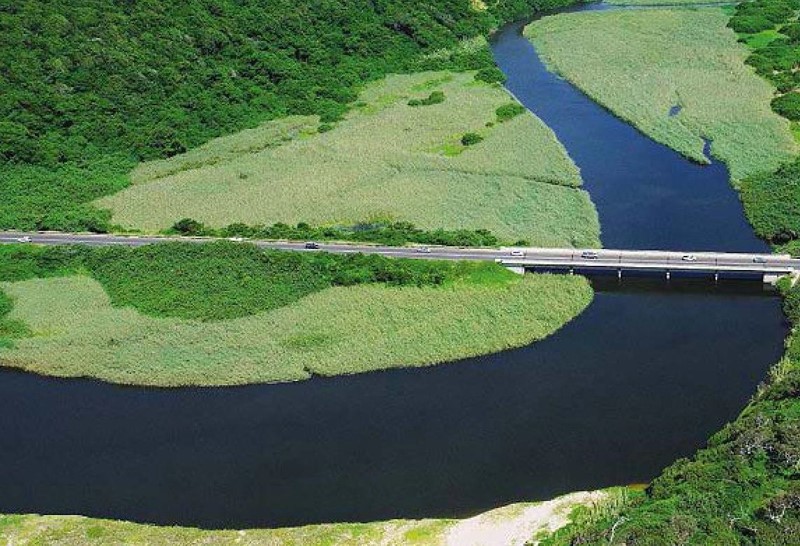 Strategic M4 reopens to much applause from local businesses and residents

2 years ago
Divinia
Community and Development, News and Updates

The M4 closure in November 2019 due to the road being washed away by heavy rains highlighted the profound impacts roads have on businesses, tourism and the communities they serve. Its much anticipated reopening in June 2020 was extremely well received by the local community and businesses, reinforcing the importance of this critical strategic route which connects Durban to the KwaZulu-Natal north coast.

Going about our daily lives, we often don’t notice the crucial contributions that road networks make to the economy and community access, until there’s a closure. The scenic M4, flanked by indigenous coastal forest and the sea is an important regional link connecting commercial, residential and tourist hotspots to each other and the King Shaka International Airport and Dube Tradeport. The closure significantly impacted those commuters historically using the M4 who had to reroute to the N2. The consequences were not only additional mileage to commuters accessing uMhlanga Rocks and Durban North. More noticeable was the associated increase in traffic on the N2 resulting in substantial congestion and time delays for all business sectors and commuters.

Local uMhlanga businessman and Westbrook resident Ian Lambie says: “Not only did these areas suffer, the M4 closure placed an extra burden on the N2 resulting in considerable additional commuting time and strain on those living, working and doing business north of uMhlanga all the way through to Ballito.” Lambie resorted to commuting later in the mornings to avoid traffic jams and decrease unproductive time spent in his car.

Charles Thompson from Devmco, a developer in the Sibaya Coastal Precinct reported that, while the M4 closure had been inconvenient,  people accessed the precinct by using the Sibaya offramp from the N2. He says the M4 closure had not significantly impacted his business and even reported bumper sales during the lockdown. “Now that the economy is unlocked and we’re ready for business it will be nice to have the road open again.”

The repair work on the M4 section above Breakers Resort which was washed away began late last year. The outcome is an impressive feat of engineering and collaboration between the eThekwini Municipality, Provincial Department of Transport and contractor, Devru Construction. The upper and lower slopes were reinforced with green terramesh matting and steel pins. The steep sand surface is protected by hessian and netting that allows planting and natural rehabilitation. The rehabilitation was conducted by a widely respected horticulturalist and will be continuously monitored by the Sibaya Conservation Trust.

With the absence of traffic since late last year, nature has reclaimed the M4 with game regularly spotted on the road. Sibaya Precinct Manager Gray Braatvedt urges motorists to drive with caution when they resume their travels on the M4 as the animals have become unaccustomed to cars on the road.