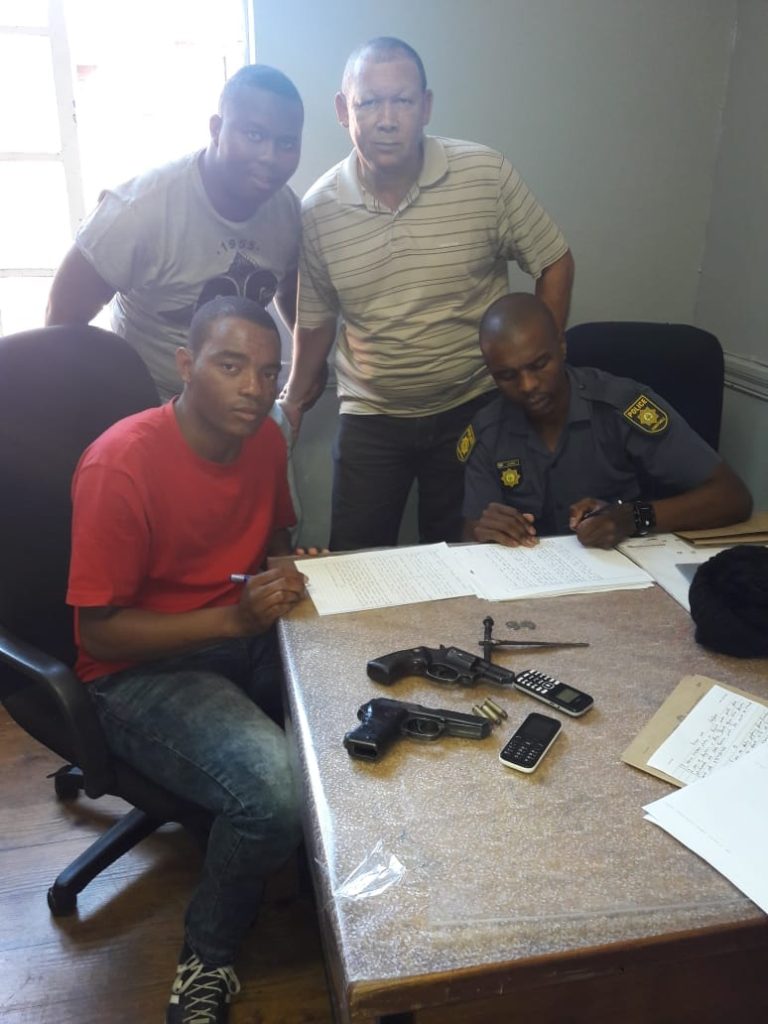 On Wednesday the 5th of September at 10h15, a crime prevention operation was held outside Musgrave Centre on Musgrave Road due to reported robberies and motor vehicle thefts in the area. During the operation, Constables T.E. Dlamini and S.E. Thembe noticed three suspicious males walking along Musgrave Road. Back-up was called and when approached, the suspects started to run. Members gave chase and with the assistance of Captain K. Stephen, Sergeant C Dennis and Constable M W Cele, they recovered two firearms with ammunition and one car breaking implement. The suspects were arrested and charged for unlawful possession of firearms and possession of car breaking implement. A very well done to the members of Berea SAPS.

Image below – Firearms and the car breaking device recovered during the arrest. 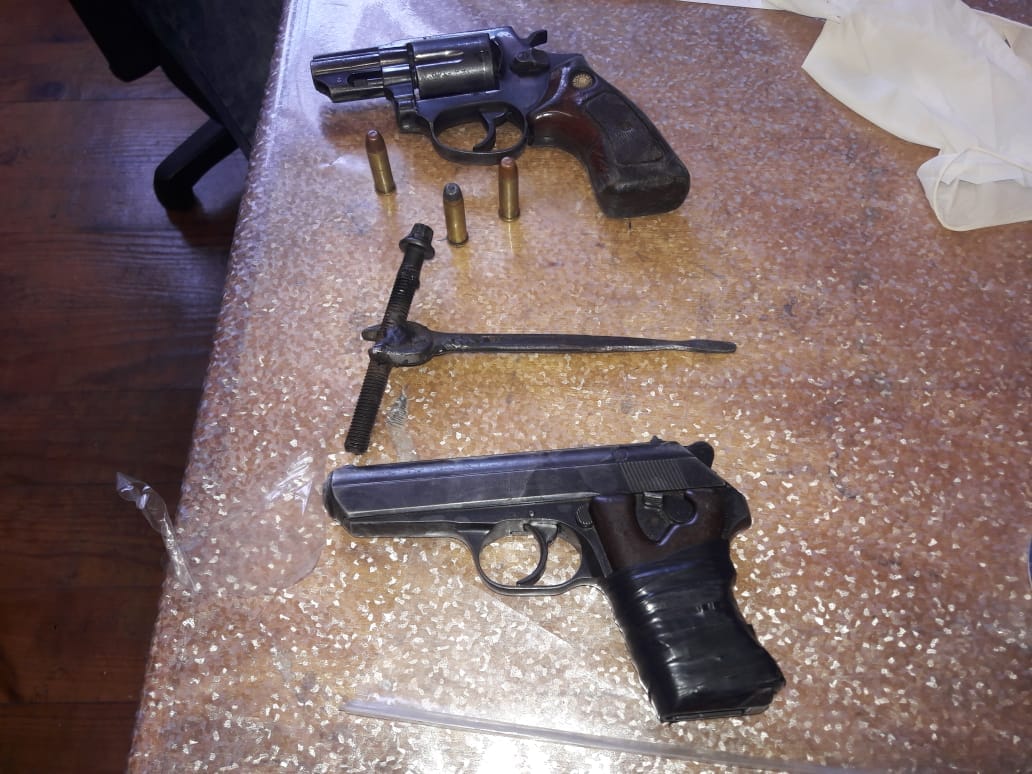