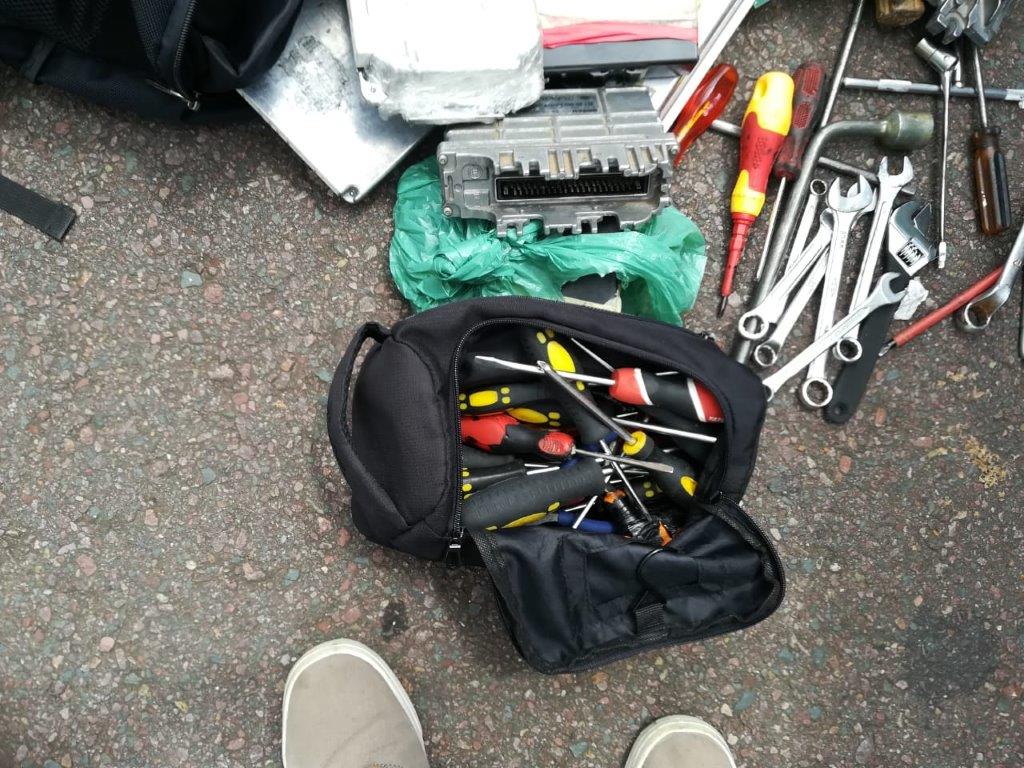 The Florida Rd UIP would like to congratulate and thank Colonel M.N. Radebe, Station Commander of SAPS Berea for his outstanding work conducted on the morning of Thursday the 5th of December, which lead to the arrest of four suspects. Whilst driving along Currie Rd, Colonel Radebe spotted an individual breaking into a vehicle parked on the pavement. In addition, three accomplices were sitting in a nearby vehicle. Colonel Radebe approached the suspects who then attempted to flee. A warning shot was fired and all four suspects surrendered themselves to the Colonel. Shortly after, patrolling SAPS members stopped to assist in searching and detaining the suspects. A substantial amount of car breaking implements along with a police radio were discovered. Very well done to Colonel Radebe and SAPS Berea.