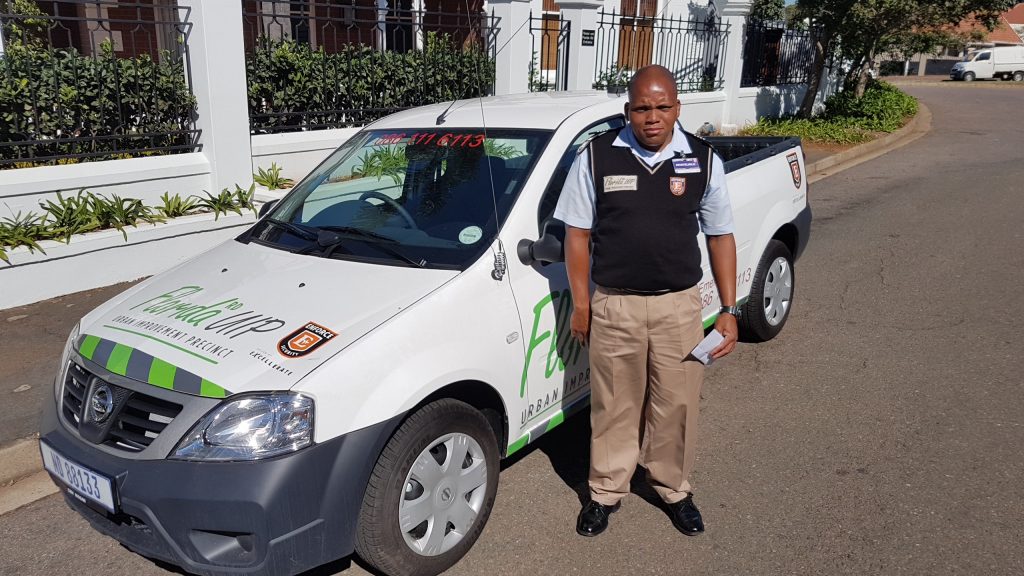 For the second time in a week, Florida Rd Security Officer Khaya Maphumulo has arrested a suspect involved in criminal activity on Florida Rd.

On the evening of Monday 17th April, sidewalk monitor Harry Barnard alerted Khaya to a suspicious male in possession of a tool box. When questioned, the suspect ran off, but Khaya tracked him down and arrested him.
On Friday 21st April at 06h30 whilst patrolling down Florida Khaya noticed an individual leaning into the passenger side window of a vehicle. The suspect ran towards 8th Avenue, and Khaya gave chase arresting the man in the service lane behind Cubana. A mobile phone and cash was recovered. In both instances, a case was opened with SAPS.

Incredible work by Khaya who has made 11 arrests whilst working on Florida Rd. He and Harry have both been awarded for their efforts.