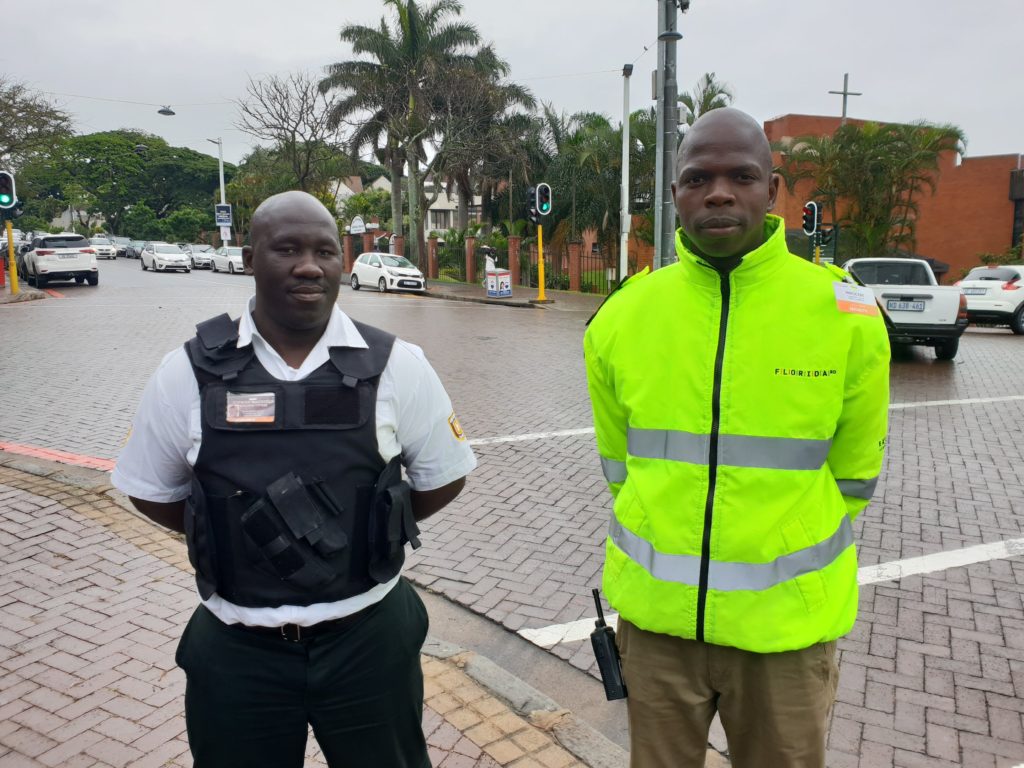 Excellerate Armed Reaction Officer, Cyprian Madikizela and Florida Road UIP Security Supervisor, Bongani Khumalo have been rewarded for their excellent work carried out during the early hours of Sunday morning. At about 02h30 on the 28th of October, a female was robbed at knife point by three males whilst walking along Florida Road. The patrolling officers were alerted and gave chase, arresting one of the suspects who was in possession of a knife. The suspect was positively identified by a witness and handed over to Berea SAPS. A case has been opened.