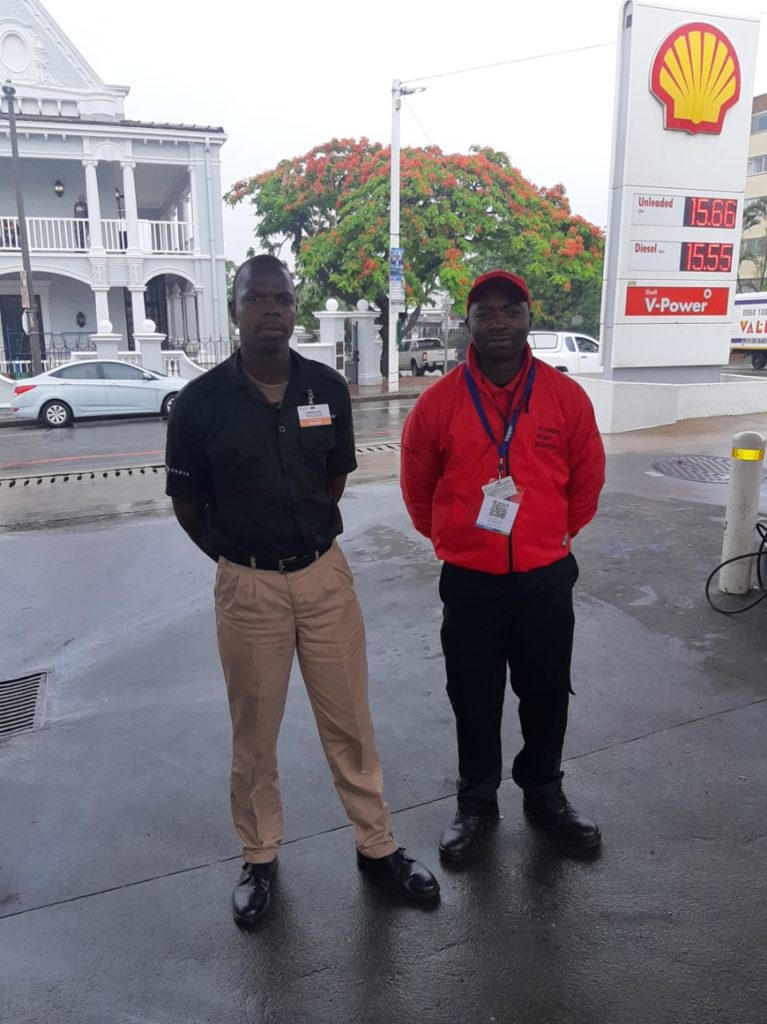 A very well done to our very own security and Sidewalk Monitors. Here is a picture of Security Supervisor Bongani Khumalo and Sidewalk Monitor Bongani Masondo, having been rewarded for their actions which lead to the arrest of two individuals last week. On Wednesday the 4th of December, SM Bongani Masondo was alerted by a member of public, of the location of two individuals who had stolen goods from a residential garage. SM Bongani reported the information on to Security Supervisor Bongani Khumalo and both members gave chase and were able to apprehend the suspects. A case was opened by the complainant at Berea SAPS and the suspects handed over. Excellent work team!