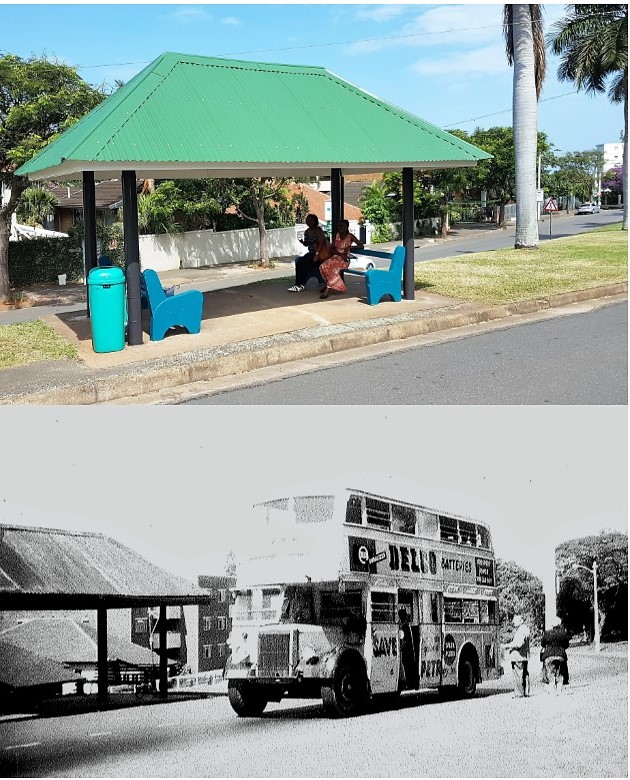 A Love Of Florida Rd History

At the age of 137, the oldest tram / trolley / bus shelter in eThekwini has been restored by the Municipality, as part of collective efforts by the City and the UIP to create good quality public open spaces that enhance the experience and functionally of this key node in the City.

Built in 1880, this shelter is one of 3 left in Durban, with the others in Cowie and Stella Roads. According to Kevan Mardon, an eThekwini-Durban Municipal Transport Historian, the shelter was first used as a stop for the first private horse-drawn tram service in Durban, which was inaugurated on 25th March 1880. On 1st August 1899, the Durban Municipal Corporation took over the service, with the last horse-drawn tram running on 25th October 1903.

The shelter was then used as a stop for the Umbilo Service that ran the Electric Trams that first began operations on 1st May 1902. It was then the turn of the double-decker electric trolley buses that began services on 24th February 1935 and ran alongside the electric tram until they ended their services in 1949.

The first diesel double-decker buses started on 28 August 1938 with petrol and diesel single decker buses commencing on  June 1925. Since then services such as the Mynah Buses, Mini Bus Taxis and the City bus service have made use of the shelter.

The UIP wishes to thank everyone in the City who was committed to retaining and restoring this historical piece, in particular the Urban Design, Landscape Planning and City Architects department, who secured funding from Durban Local History Museums. The UIP provided support by repairing and painting the benches under the shelter, with the restoration work carefully carried out by Southern Roofing.

It is hoped that a story-board depicting Durban’s transport history can be created and installed at this location, making it a destination site that provides a glimpse of the history of Florida Rd and the area.